PGA reduces the cut to 65 players for all tournaments

People often use the phrase “golf is hard.” Well, golf is about to get even more difficult for some of the world’s best players.

The PGA has announced that it will reduce the amount of players who will make the cut each week beginning in the 2019-20 season.

Starting next season, only 65 players (and ties) will make the cut each weekend which is down from 70 in recent years.

The PGA is also eliminating the secondary 54-hole cut line which is used if 78 or more players made the 36 hole cut.

The changes to the cut line will help make more money for a smaller amount of players who make the cut each week and there are current PGA pro’s who are on both sides of the discussion. 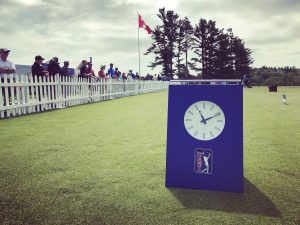 According to Golfdigest.com, Brandt Snedeker is not a fan of the changes while Paul Casey is.

“I was a big proponent of not doing it,” said Brandt Snedeker. “I didn’t think the system was broken.”

“It’s a capitalist sport,” said Paul Casey, a member of the tour’s Player Advisory Council. “You play well, you do well.

“I’ve been on both sides of it, and I still firmly believe you make your own success, so I’m a fan of it. As long as we’re not taking away opportunities to get into events, and I don’t think this is taking away earnings or opportunities for players. This is the right thing to do. We have to protect the product. We have too many three-balls and two-tee starts on the weekend.”

Part of the thought process in making the change was the current issue with the pace of play on the weekends. The less players in the field then the more likely it will be that things will speed up on the course over the final two rounds.