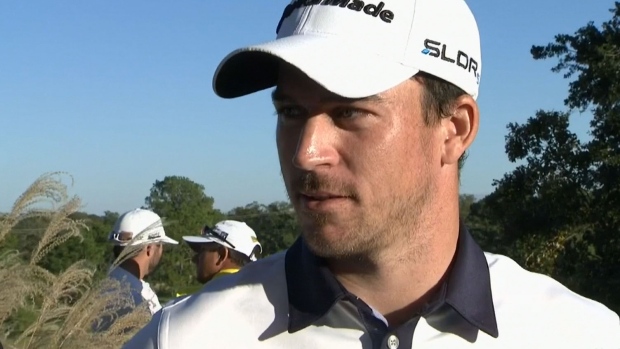 Three Canadians will tee it up at The Players Championship

Three Canadians will play at The Players Championship at TPC Sawgrass in 2018.

Adam Hadwin has been the best Canadian on the PGA Tour over the past 12 months having made the cut in all 12 of his starts this year.

Hadwin has three Top 10 finishes under his belt this year which includes a T3 at the Career Builder Challenge back in January which is the same tournament he finished in second place back in 2017.

Fellow Canucks Nick Taylor and Mackenzie Hughes will also be playing at The Players Championship this week. Taylor has had an up and down season with a Top 10 finish at the Safeway Open back in October as his best performance so far.

Hughes has been struggling this year having made only two cuts in his last 12 starts and hasn’t finished inside the top 50 at any event in 2018.

Canadians have had success in the past at The Players Championship with Stephen Ames winning the “fifth major” back in 2006.

The win by @StephenAmesPGA at the 2006 @THEPLAYERSChamp was the most dominating of any. He had a Strokes Gained: Total mark of +5.38. That's remarkable. Next closest is +4.24. No one else above 4.

Hadwin has not only been the best Canadian over the past 12 months but he has consistently been one of the best golfers on tour having moved inside the top 50 players in the world which includes being ranked No. 44 in the OWGR and No. 39 in the FedEx Cup points rankings.

Here is a look at the three Canadians in advance of The Players Championship.