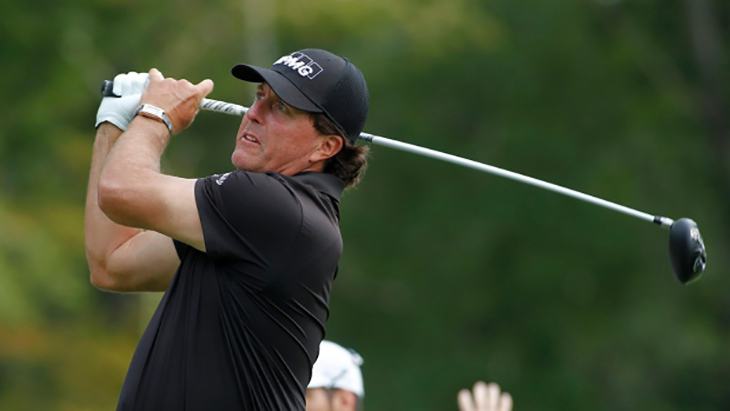 This week marks the 30th anniversary of Jack Nicklaus’s sixth and final green jacket. It was Jack’s 18th and final major win, and the broadcast that changed my life forever.

When Verne Lundquist uttered the most famous two-word call in golf, “Yes, sir!” I knew I wanted to be a part of this incredible game in some way. It was arguably golf’s most magical moment, one that still echoes through the pines across Augusta National some 30 years later.

This year’s edition of the Masters has the making of an all-time classic. The Big Three of Rory McIlroy, Jason Day and Jordan Spieth are in form, and past champions like Adam Scott and Bubba Watson have wins under their belts early in 2016, but there is one particular theme that has caught my imagination: a 46 year old who has the opportunity to create a Masters victory that would stand the test of time and recreate the magic of 1986.

The parallels between Phil Mickelson this year and the conditions surrounding Nicklaus 30 years ago when he made his historic Sunday charge are eerily similar. In 1986, Nicklaus was 46; Lefty will turn 46 this June. At the time, Jack was two years removed from his last PGA Tour win; Phil is three years removed from his. In 1986, the patrons of Augusta National carried Jack across the finish line as the people’s champion (a far cry from the early days of being the dark knight to Arnie’s Army), and in 2016 Mickelson is clearly this generation’s Arnold Palmer — not only in the way he attacks his game, but also the passion he inspires from the patrons of Augusta National.

Call me a romantic, but if there’s room for romance in the modern game it’s certainly here at The Masters. After taking a closer look at Phil’s 2016, his chances at Augusta may be more science than fiction. After some hard off-season choices that included a new swing coach and renewed dedication to the game, Phil has resurfaced in the major conversation in 2016. His three top-10s this season include a second-place finish at the AT&T Pebble Beach Pro-Am. He’s also off to a strong start statistically, sitting in the top 10 in both Scrambling and Strokes Gained: Putting for the season to date, and he’s leading the entire PGA Tour in scoring average at 69.170 through his eight starts in 2016.

When considering the strength of his play so far, and his record since 2004 at Augusta National (three wins, eight top 10s including a tie for second last year) Phil moves from romantic pick to a realistic favourite.

Another green jacket for Phil would also be historic in terms of legacy and his place among the all-time greats. Most of the game’s experts and historians would currently rank Lefty among the top 15 players in history. Some would make the argument for his place among the top 10. A fourth Masters would tie Mickelson with Palmer and Tiger Woods, and give Mickelson six major championships and 43 PGA Tour Wins (ninth all time).

Can Mickelson turn back the clock to 1986? Only time will tell, but math certainly suggests it can be done. One thing is for certain: Come Sunday afternoon if Phil is in the hunt, the roars will be loud, the “Phanatics” will assemble their army, and the patrons could potentially carry Phil towards scripting his own timeless Masters moment.