Home » News » Other News » Video: Brooks Koepka hits a woman in the eye with a golf ball at the Ryder Cup
European Tour | Other News 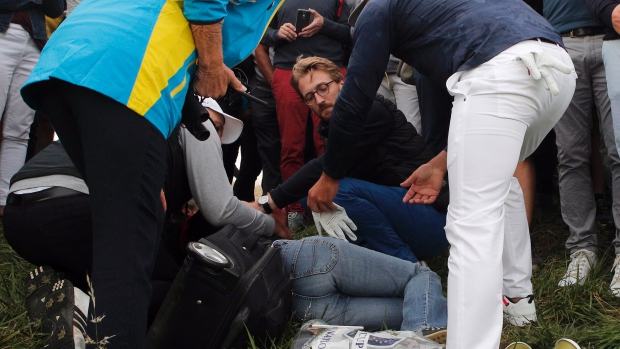 Team Europe dominated the Americans throughout the 2018 Ryder Cup in Paris winning 17.5 to 10.5.

Following the disastrous performance by the by Team USA there were reports of fighting amongst the players with Patrick Reed making negative comments towards Jordan Spieth while Dustin Johnson and Brooks Koepka almost came to blows in the dressing room.

The news has since gotten worse for the Americans after Koepka’s errant drive hit a female spectator in the eye causing a serious injury.

Reports have surfaced that the woman plans to file a law suit for damages.

However, legal analysts says that most sporting events have liability waivers on the event tickets that doesn’t allow fans to sue if injured throughout the course of play.

We’ll continue to keep you updated.