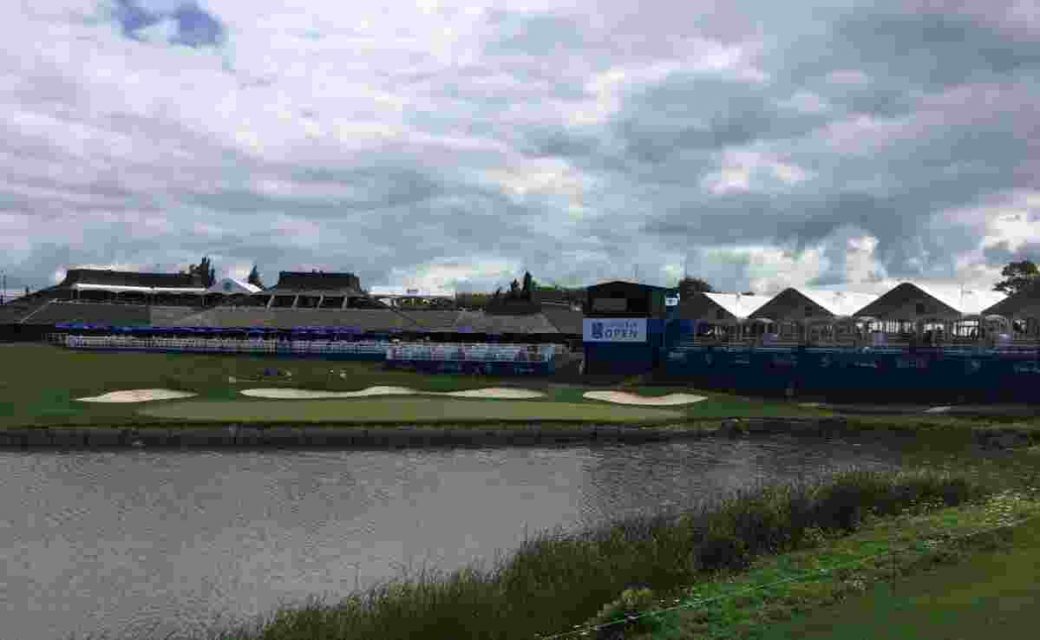 I often enjoy going for a drive through the country on a lovely summer day while singing along to the radio.

Just the other day I found myself singing along to the Bryan Adams classic Canadian anthem Summer of 69.

I’ve heard the song a thousand times before and I haven’t paid much attention to it since the late 80’s but on this particular day the song just caught me and put me in a great mood; that’s the beauty of a classic song.

Bryan Adams may not be as popular these days as he was back in the 80’s but he is still a Canadian legend and he can still rock any crowd he plays for.

Listening to Summer of 69 on the radio in my car gave me a similar feeling of what it was like being at Glen Abbey Golf Club last week for the final weekend of the RBC Canadian Open.

Many golf fans and pundits have said that Glen Abbey is too outdated for today’s professional golfer and that its time for the Canadian Open to find a permanent home at a more challenging venue. The likes of Dustin Johnson and Jhonattan Vegas seem to slide through Oakville like a hot knife through butter over the past few years en route to capturing a Canadian Open title.

However, just because today’s players are setting record low scores at Glen Abbey it doesn’t mean its still not a great course. Some golf courses or sporting venues just have an aura or energy to them that you just can’t recreate. Glen Abbey is one of those venues.

The Maple Leaf Gardens and the old Montreal Forum both had a certain je ne sais quoi that their replacements haven’t come anywhere close to capturing.

The vibe and energy that came with watching a playoff hockey game or concert in those two classic venues is on a completely different level than sitting in their flashy new replacements the Bell Centre and Scotiabank Place and the same could be said about Glen Abbey and the history that surrounds it.

Like Bryan Adams, Glen Abbey may have been more popular with Canadians back in the 80’s when the likes of Dave Barr, Richard Zokol and Dan Halldorson were household names amongst golf fans across Canada. However, the magic is still there in Oakville and that was on display during the final weekend of play in 2018 when the world’s No. 1 was making his way through the back nine being cheered on by the thousands in attendance at Glen Abbey.

Not every golf course needs to be an arduous test for the worlds best players like Shinnecock Hills in order to make for an interesting PGA Tour stop in the same manner that not every song needs to be a sophisticated masterpiece in order to make you sing and dance. Sometimes the simple things are so much sweeter.

Best wishes to @GlenAbbeyGC as they wrap up @RBCCanadianOpen — the 30th time my 1st career solo design has hosted since opening in 1976. I never won the Open (7 runner-ups) & Barbara kept sending me back to get it right. Still, Canada & Glen Abbey hold special place in my heart! pic.twitter.com/htlD1208Wn

The RBC Canadian Open will be on the move for the next few years with the 2019 (and 2023) tournament set to take place at the Hamilton Golf and Country Club which may provide a stiffer test for the big name players the Open will look to attract with the new date in the PGA schedule.

However, that special something will be missing when the RBC Canadian Open goes on tour at various courses over the next few years and it’s going to take years for the tournament to create that vibe they’ve had at Glen Abbey over the past 40 years.

I guess nothin’ can last forever…….